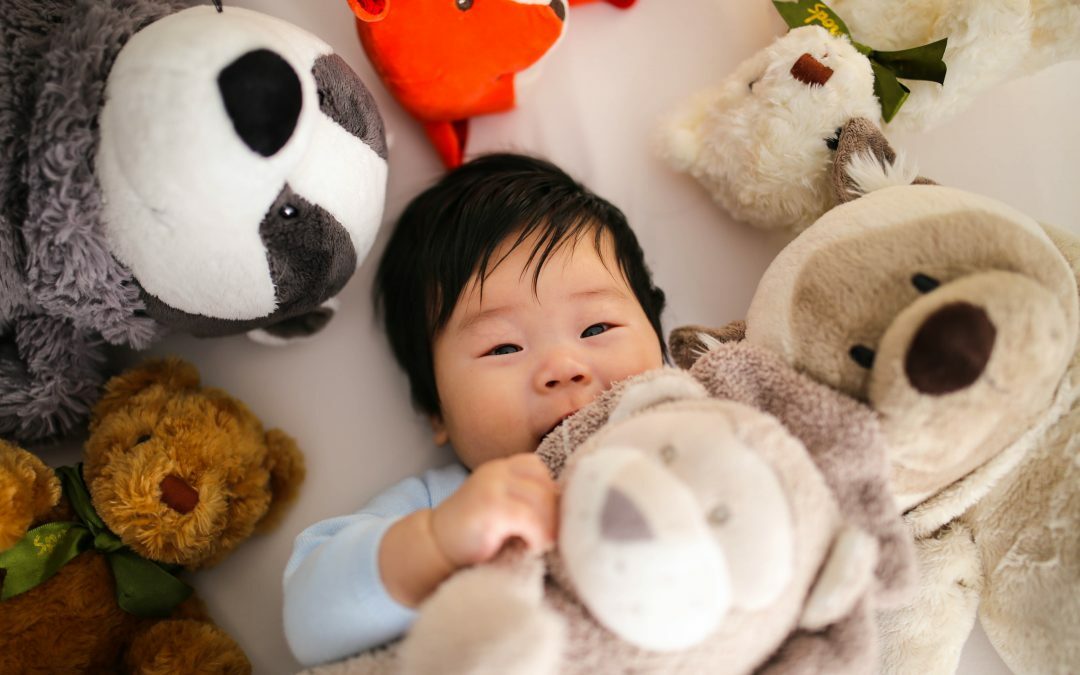 Dealing with an overtired baby is definitely not a walk in the park. Having a baby that is just too tired to sleep, one that cries and fusses until he eventually goes to bed only to wake up shortly after, and feeling grumpy for not being able to go back to sleep with relative ease again can be a nightmare. That’s why it is crucial to understand the reasons behind baby overtiredness, its effects on baby development, and ways to identify the signs early on, so you can take proper action.

What is Baby Overtiredness?

Overtiredness is a stage before exhaustion. When a baby is overtired, his body has reached and surpassed the point of being sleep ready. In fact, when a baby is overly tired, his body enters a stress mode, where the brain perceives the deprivation of sleep as an emergency and decides to take some action. For that reason, a system called “fight and flight” system (the sympathetic nervous system) takes over and tries to help the body deal with the “crisis” (the baby’s inability to fall asleep when his body needs to relax) by releasing stress-releasing hormones, namely cortisol and adrenaline.

This is when you enter a vicious cycle. The baby becomes overwhelmed by physical fatigue, his body produces an increasing amount of stress hormones to fight the “crisis”, then the baby feels more agitated from being too tired to sleep, the body produces more stress-releasing hormones, and so on and so forth. When that happens, the baby is all alert and it is much more difficult for him to calm down and go to sleep.

Note: Unlike adults, who become lethargic when fatigued, babies and toddlers that become distressed owing to overtiredness become hyperactive.

Why Babies Get Overtired?

Sleep deprivation is the most common cause for overtiredness. Considering the fact that the little one receives many different stimuli every day, it only makes sense that he needs regular naps to process all these new and exciting things he learns during the daytime. This is also a key reason why many babies have rather short awake hours, which extend the older they get.

As the baby gets closer to the end of his awake time, his system prepares him for a nap (i.e. feels drowsy). Settling him down to sleep at that time will almost guarantee that he will surrender himself to Morpheus’ arms almost instantly. But, if for some reason, you go past that sleep-perfect time, either before bedtime or between naps, his body will try to keep him awake by producing more cortisol and adrenaline hormones. This is stress. When the stress-releasing hormones kick in and flood into the bloodstream, it will be quite hard for the baby to relax.

Other factors that contribute to baby overtiredness

Overstimulation can cause fatigue in babies. To avoid it, think about what you did earlier on a day when your baby was strongly refusing to sleep at nap- or bed-time. Perhaps, you had friends or family members over where the little one was passed around and admired almost all day (so, he had more activity than usual). Or you were running errands, which caused him to miss his normal afternoon nap. It may simply be that his room is too brightly-coloured or there is too much noise when he tries to sleep. Since the baby is powerless to remove himself from the things that happen around him or to him (infants’ nervous system is even more immature to handle overstimulation than toddlers), he gets overtired with all the known aftermath.

It is not uncommon for babies that receive vaccinations to be more alert than normal a couple of days after the shot. Some babies are sleepier after they receive their vaccination, so it depends on the child. However, if your little one is still too fussy 3-4 days following his immunisation (aka post-vaccination syndrome) or if his overtiredness is combined with signs of a reaction (i.e. swelling at the injection site or seizure), you should contact your paediatrician immediately.

The first thing parents usually do when a baby wakes prematurely from sleep still tired (or cries for unknown reasons), is believe that their baby is hungry and understandably give him more food. This can involve more frequent bottle-feds, offering both breasts per feeding, increasing the volume of formula per feeding, or breastfeeding and offering supplementary infant formula at each feeding. The specific approach can make the baby susceptible to overfeeding if you, the parent, is not careful.

Given the limited ability of babies to regulate their dietary intake, it is highly likely they get more lactose that they need, which can make them feel stomach pain or discomfort. Would you be able to go to sleep smoothly and enjoy a peaceful, long sleep if you were feeling pain anywhere on your body? Your little one is no different.

Another essential factor of overtiredness in babies is the misdiagnosis of gastrointestinal symptoms that are commonly confused with milk protein intolerance/allergy, lactose intolerance, reflux, or colic. When this happens, the baby usually switches to a lactose-free formula and receives antacid or anti-colic medications. In many cases, the baby just suffers from lactose overload (see above factor #3) rather than any of the above conditions. Not addressing the root of the problem can cause further challenges to the already distressed baby.

Older children may feel overtired due to several other factors, including nutrition (i.e. consumption of too much sugar) and health-related issues (i.e. celiac disease, anaemia or thyroid problems).

Effects of Sleep Deprivation on Infants

Overtiredness can result in sleep deprivation if the baby does not get enough sleep for an extended period of time. A sleep-deprived child can demonstrate the following:

Some babies whose sleep deprivation lingers on could become too exhausted to feed adequately, which could impact their weight (they can’t gain sufficient weight) and consequently their health. You can tell a sleep-deprived child from being underweight and too tired to wake for night-time feeds (if required) or taking unusually long naps without having been fed for many hours. Here starts another cycle, where the breastfed baby is not draining his mother’s breast (out of overtiredness), which causes the mother’s milk supply to drop. With less milk available for the baby, the baby gets disrupted sleep (he needs more food). The more disrupted sleep he gets, the fussier his feeding behaviour, and the more tired he becomes.

Continued fractured sleep and long-term sleep deprivation can be detrimental to the child’s development. Children with fragmented sleep are found to have more behavioural problems than those that get enough, continuous sleep. For example, they may have social problems, engage in self-harm behaviours, and experience more frequent night walkings.

Sleep deprivation can also affect the child’s ability to process speech and increase “deep sleep waves”, which the NSH describes as “patterns of brain activity associated with the deepest sleep”. In adults, the increase of deep sleep waves affects the front region of the brain. In children, it affects their brain’s side and back areas, which are responsible for attention, spatial reasoning, and planned movement. This deviation is raising concerns about whether the brain of sleep deprived children changes the way it adapts to various stimuli and what effect such a change can have on children’s development.

Sleep problems, even on perfectly healthy children, is associated with psychosocial difficulties (i.e. substance use and psychiatric symptoms) while children with an underlying medical condition that are not getting enough sleep appear to feel excessively sleepy during the day and experience sleep-related breathing problems.

Note: Lack of enough sleep in babies can delay their development. However, this does not mean that the baby will never catch up. It simply means that he may not be able to learn new skills as quickly as if he had sufficient sleep. Of course, if the problem becomes chronic and follows the baby into its adolescent and adult years, the health issues will be more severe.

Signs of an Overtired Baby

An overtired or sleep-deprived baby:

Don’t panic if your child displays any of these signs. Kids do tend to behave like that from time to time. Just monitor the frequency and degree to which your little one has these behaviours and whether he gets enough sleep for his age before you think of sleep deprivation.

As your child goes through different stages of life and sleep, you may need a little help from a Singapore child sleep consultant. Contact Petite Dreamers and schedule a 15-minute free consultation. Louise will listen to your needs and come up with a plan that will work for you and your family. You will be enjoying a good night’s rest before you know it.

No comments to show.